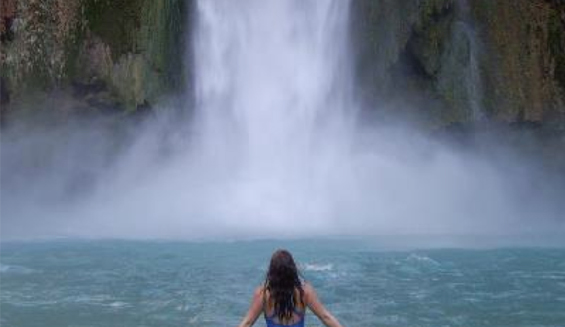 If you’ve read my book you know that I use the question Why in a much different context then I’m about to here. Why? It’s a fantastic word. It helps us get to so much of the good stuff. The stuff down deep that really matters, in most cases at least. So, why did I write Lost Canyon? I must admit that though I felt very compelled to write it, I also fought it. I fought it so much in fact that at times several months would go by without doing anything to make any forward progress. At times I doubted if I really had anything meaningful to say. I doubted that I had the skill to do it in a way that would work well. I generally doubted that people even cared at times. The most dangerous was the doubt that sounded like “what will people think of you if you tell your story? They might think less of you.” The draw to do it wouldn’t go away however. It just kept coming up and in order for me to be complete, I knew I had to finish. Yet, knowing that I must and doing are sometimes canyons apart.

In order to get across the finish line I had to get very clear on WHY I was writing it. As is the case in many things in life, my why changed over time, as I progressed along the journey. First, it was really just for me, and if someone else happened to benefit from it, then I’d feel like it was really worth it. Writing can be very cathartic, in many ways it was very helpful for me to process my thoughts this way. Most of the time it was gunk and I felt very inadequate for the task. Then, there were other times that were profound, even inspired, at least for me, and things went quite smoothly. These times were fewer than I would have liked and as a result it was easy to get frustrated and discouraged. It was work, plain and simple. I kept feeling compelled however and this feeling wouldn’t go away. At times it was actually the only thing I was sure of and this soon became my second why. My second why was much more internal, more cellular in nature, it was more a part of me and as a result I became more willing to endure people’s critical comments. Though it was still in my nature to doubt, it became much more difficult to deny. Because it had become so internal at this point, my doubting actually became a form of self betrayal. The more I tried to bury the project the more I knew I was out of integrity with my why and my higher self. So, I continued to trudge on.

Because doubting was so easy, I soon started seeking approval, which was easy to find in the circles of those that love and cared about me, but somewhat meaningless if I wanted to get a true picture of the value of what I was writing. The worst thing I could have done was to listen to those close to me that didn’t want to see me get hurt. They all told me it was great! Well, it wasn’t, and I instinctively knew it. I had to be willing to get hurt, I had to get the critique of someone who had no agenda and could be brutal and tell me what they really thought. I discovered seeking validation is a dangerous process for an artist. A writer must be willing to put the work on the line. As in all art, the artist must be willing to create it the way they want and not be influenced by others. They must be willing to have haters. It must be from them and none else.

As I found critical people with no agenda willing to read my work, an interesting thing started to happen. I gained more confidence and started to care less about what people thought and started to respond to my heart and the few who where impacted. Those that couldn’t fake communicating what they got from my writing. When their communication came from their energy and was completely congruent with their words. This fueled the feeling of being compelled because I started to see the reality that Lost Canyon could, in fact, touch someone profoundly. This gave me confidence and helped dispel the doubt, at least a little.

Doubt is a nasty bugger. It’s entire goal is to destroy Why’s resolve. As I received additional confirmations, Doubt needed to shift and take on a new strategy because Why was getting stronger.

My why was getting stronger because I now had a first hand knowledge that Lost Canyon could be helpful because I saw it and I felt it. Doubt was going to have to work like an insane adversary to stop me now. Doubt now desperate tried to mess up things at the last minute to thwart my progress. Most of them were fantastic distractions disguised as friendly allies usually having to do with the opportunity to make money. Of course I need to make a living like anyone else, and because everyone said “authors don’t make money.” I questioned why I was writing. Oh my, would It really be ok to make money from writing a book about the tragedy of loosing my son? I got so frustrated.

At this point I was pretty much done, finished, forget about it! Unless I got past this need inside me to justify myself. Justification is an interesting thing. To justify means to make right or to straighten, to make true as in level. What wasn’t right about what I was doing? Why did money all of a sudden make crooked the why that had been so straight? Did it need to? Money had to be removed from the equation. For the work to be genuine it had to be something I was willing to do regardless of the outcome. Getting clear on this was incredibly powerful. Things flowed and I knew what I needed to do. Commitment increased and I felt completely on purpose. I actually finally “fell in love” with my own work at this point.

Then I got the letter. A letter from a friend who had just finished reading Lost Canyon. His two and a half pages caused me to weep like a baby. What my friend shared with me had nothing to do with me. It was his story. It was a tragic story of loss, far greater than my own. He eloquently articulated what that loss had done to his personality and how it had impacted his life in negative ways and made it difficult for him to be close to people. At the end of the letter he said this; “Thank you, for having the courage to share your story, because it has given me the courage to share mine. This is the first time I have written my story and I know that somehow I am supposed to use my story to help other people. I’ve known it for a long time, but I’ve been afraid of it, until now.”

If Lost Canyon does nothing else, then that one letter was worth all of the frustration, the time, the hard work. Helping someone else have courage to face fear is a pretty noble cause in my opinion. Well worth the work.

There was also the mother who really struggled reading it because she said it brought up so many emotions. She said she never would have sought out a book like Lost Canyon but when she was done she felt complete peace. A couple months later she and her husband were able to have the awareness to save the life of their teenage son who was struggling with depression.

Lost Canyon is not just my story of how I survived the grief of losing my son to suicide. It’s a story of how to live with loss. It’s about what we choose to focus on in life and how what we choose to focus on creates our experience. It’s intended to help, where necessary, start a difficult discussion about suicide, a topic that is so easy to avoid and gloss over. It’s intended to help those that have experienced any kind of loss recognize that life goes on with out them and they need to choose how they want to participate in their new future. It’s done this already and I’m proud I had the courage to stay committed to my why even though it wasn’t always the same.

It’s interesting what happens when we are on purpose and don’t allow doubt to take us out of our game. When we’re committed, all sorts of things happen that we never would have dreamed could and we get a chance to remember that there are more than just us at work. Providence will move on our behalf when our why is big enough that it anchors our commitment and won’t allow us to ever quit. The right Why has the ability to shrink all doubt and anchor commitment. It’s not the stuff dreams are made of, it’s what makes dreams become reality.

This may be a good place to introduce yourself and your site or include some credits.